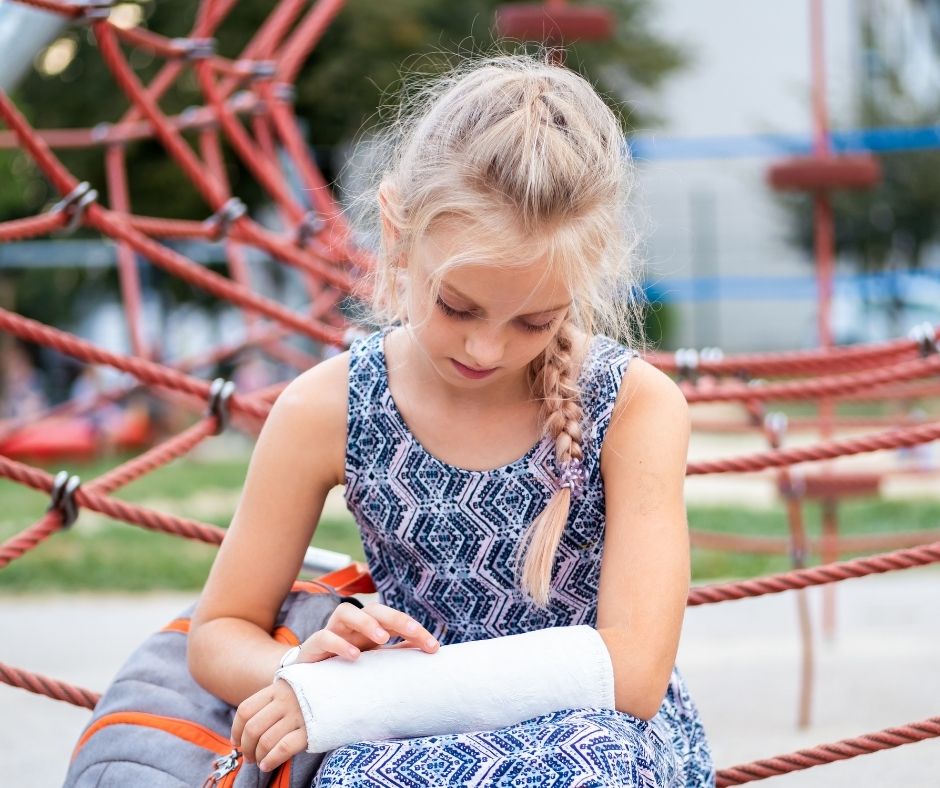 When I was about four years old, I broke my arm. I had tripped over a stray Barbie that I had left on the floor rather than putting away – despite Mum no doubt asking me to do so ten times!

Reminiscing the trendy colour of my plaster cast all those years ago has got me thinking this week – when can a child claim negligence against their parent? Did my Mum breach a duty of care owed to me by failing to pick up my toys that I had left strewn across the room?! Could it be said that she was negligent by failing to supervise me adequately?

At law, negligence is a defined tort comprising of three elements which comprise the cause of action: the existence of a duty of care between parties, a breach of that duty of care and damage which stems from the breach.

There are certain relationships which automatically give rise to a duty of care – for example these include doctor/ patient and drivers of vehicles/ other road users. In other relationships, where it can be shown that a defendant had a high degree of control over a particular risk, and there was either a special dependence or special vulnerability on the part of a plaintiff, the defendant may be found to have owed a duty of care.

When it comes to a parent and child relationship, however, Australian courts have been vehemently opposed to universally recognising the existence of a parental duty of care. Consequently, the duty of care owed to a child by a parent or caregiver is strictly limited. But that is certainly not to say that parents and caregivers are immune from civil suits from their children. Over the years, there have been a number of cases where judges have struggled to balance the delicate nature of parenting with the principles of negligence.

In 1971, the High Court dealt with a case involving a young girl who was in the care of her grandparents. The grandfather was chatting to a neighbour when his granddaughter called out to him. After calling back to her ‘I’m over here’, his granddaughter then ran across the street towards her grandfather and in doing so, was badly injured when she was hit by the defendant’s car. The defendant alleged that the grandfather’s negligent supervision had contributed to the plaintiff’s injuries.

In that case, Barwick CJ, considered that the simple existence of the parental relationship did not create any duty of care. His Honour said:

…it seems to me that the duty of care springs out of the particular situation: the extent and nature of the steps which it may be necessary to take to discharge their duty may well be influenced by the fact of parenthood, though parenthood is not itself the source of the duty. [1]

His Honour went onto agree with the New Zealand Court of Appeal in McCallion v Dodd, in which the court held that occasions when a child can sue a parent in tort were the result of specific situations; the relationship is not the foundation of the right of action, rather it is the situation which creates the enforceable duty.[2]

In other words, the occurrence of a parent/ child relationship will not ordinarily give rise to any recognised duty of care. The imposition of a duty of care requires thorough consideration of the parental conduct and the circumstantial matrix on a case-by-case basis.

Over the years, there have been a small number of cases where courts have been faced with evaluating aspects of parenting that are highly subjective. One such aspect being supervision.

It may well be foreseeable, as a possibility, that a dog, any dog, may react adversely to the presence of a young child; but to place a parent under a general duty, as parent, to guard the child from that risk would, in my judgment, be an unwarranted intrusion of the law into family and domestic relationships…In the common place domestic situation… she could scarcely be expected to tie the child to her apron strings and keep him out of sight and reach of the dog at all times.

Of course, a momentary lack of supervision is of a nature that is quite different from intentional abuse, mistreatment or maltreatment of a child. In the more recent case of Perry v Kinnear & Ors, the plaintiff commenced proceedings in negligence against her foster-father for the perpetration of sexual assaults, and her foster-mother for failing to protect her from the alleged sexual assaults.[4]

At trial, both defendants submitted that a duty of care did not exist because the allegations arose out of a parent and child relationship. That argument was rejected by the presiding judge and it was found that in the context of the deplorable physical and emotional assaults alleged, a duty of care was owed by each of the defendants to the plaintiff.

When considering claims in negligence brought by children against their parents, it seems the court must determine whether the parental conduct and the surrounding circumstances really justify the imposition of a duty of care. The critical question being: would the imposition of a duty of care be an unwarranted intrusion by the law into the family and domestic relationship? After all, it would be absurd if every graze or scratch amounted to a cause of action!

The role that parents and caregivers assume when a child comes into their lives is enormous. Children don’t come with a manual or a set of instructions; there is no one set of rules as to how one should parent. By nature, children are impulsive and unpredictable and there isn’t any objective list of standards that can be used when evaluating the appropriateness of parental conduct. In fact, parenting approaches and styles are extremely varied and it seems that our courts are unwilling to dissolve a parent’s right to raise their children as they see fit. However, there is a distinctive line and where parental conduct involves egregious physical and emotional assaults, those parents are exposed to liability.