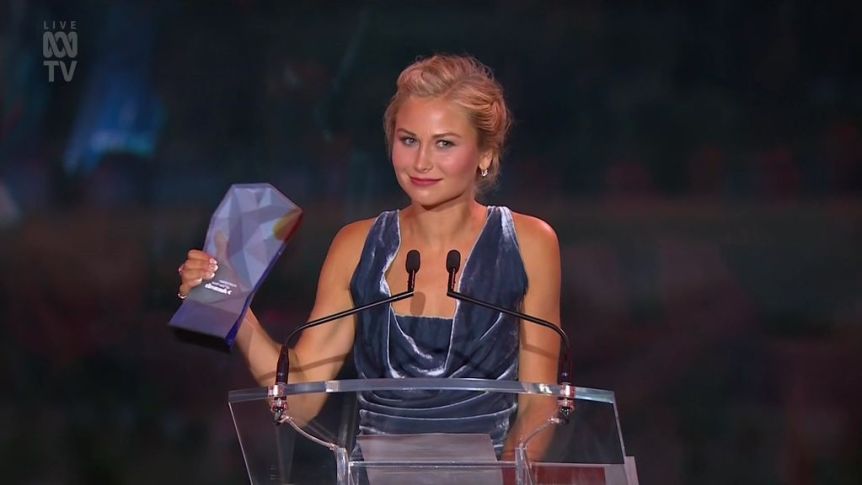 Last week, 26-year-old, sexual assault survivor Grace Tame was named the 2021 Australian of the Year. In a heart-poundingly powerful speech, Grace spoke of the abuse that she had suffered at the hands of her 58-year-old maths teacher when she was only 15 years of age.

After Grace’s teacher was imprisoned, she was subjected to Tasmania’s sexual assault ‘gag laws’. At that time, Tasmania’s Evidence Act prohibited the publication of information which identified the survivors of sexual assault. For Grace, the implication of that legislation was that she was prevented from telling her story or speaking to the media, despite her perpetrator being quite free to do so.

After tirelessly working alongside the #LetHerSpeak campaign, Grace helped drive the momentum needed to reform victim gag laws in Tasmania and across the country. Through her fierce advocacy and unimaginable courage, Grace’s voice and her fight for justice has empowered all survivors of sexual abuse to reclaim their stories.

I feel the recognition of Grace’s resilience and leadership is particularly significant. For too long, polite society has shied away from conversations surrounding sexual abuse. Too often have victims felt shame, humiliation and despair.

But last week, as a nation, we rejected the secrecy, stigma and shame that has historically been inflicted on survivors of sexual abuse. On a national stage, we celebrated Grace’s achievements and her contribution to law reform as a survivor. We acknowledged that sexual abuse is unacceptable in our society, and that we as a nation, must confront conversations around sexual abuse ‘head on’. The time for sweeping sexual abuse ‘under the carpet’ is long gone.

I am often reminded of Grace’s courage and bravery in many of our clients. It is an unfortunate reality that most weeks, we will speak with clients who have suffered sexual abuse at work, at home or somewhere where they thought that they would be safe.

It seems to me that it is only through hearing the stories of survivors that we are able to understand the existence of sexual abuse in our community. It is only then can we recognise our problematic structures, attitudes and practices that enable the abuse to continue. The warning signs and the long-term impacts of abuse are still not widely understood, and there seems to be a general lack of understanding when it comes to the extent of the problem.

There is still much to learn about how we as a society and system of justice can support a survivor should they choose to report or disclose abuse. The Royal Commission into Institutional Responses to Child Sexual Abuse told us that it can take a survivor of child sexual abuse an average of 24 years to tell someone about the abuse that they suffered.[1] Many survivors will never tell anyone at all.

Whilst we have come a long way, there is still much work to be done by all of us.

To me, Grace is a symbol of extraordinary tenacity, courage, and leadership. The recognition of not only her work but of her story, on a stage that is often reserved for military heroes, sporting stars or the wisest of medical minds, might just be a catalyst for change in the way in which we acknowledge and respond to sexual abuse within our communities.

As Grace herself says, ‘solutions are born of us’.  Not only must we encourage survivors to speak but we need to be ready to listen, to support, to advocate and most importantly, to facilitate the change.