Facial recognition, privacy and why we should be concerned 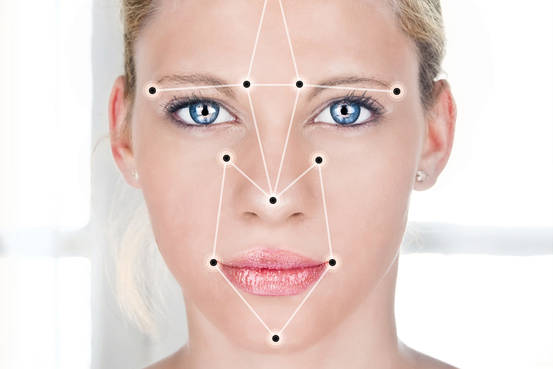 Where it was once only imagined in sci fi movies facial recognition is fast becoming common place. And it seems we are embracing it with open arms, with many prepared to forgo privacy in return for the convenience it purports to provide us.

The law is not keeping pace with advancing technology

The law is lagging seriously behind when it comes to keeping pace at which technology is advancing, particularly with regard to privacy laws and the use of facial recognition technology.

While Australia has some of the more developed legislation, dealing with privacy issues and data security of developed countries, the speed at which our government is regulating changes in technology languishes well beyond the speed with which advances are being made in the digital space.

Australia long ago decreed our National Privacy Principles (now called the Australian Privacy Principles) but we still don’t have a generalised right to privacy in this country, nor do we have protection around individuals’ rights to privacy while locational services are activated on our mobile devices.

Even the manufacturers of Facial Recognition Technology are concerned

Perhaps, what should concern most of us is that even Brian Brackeen, founder of facial recognition company Kairos, revealed this week, in an article in Techcrunch that, “Facial recognition technologies, used in the identification of suspects, negatively affects people of color. To deny this fact would be a lie.

“And clearly, facial recognition-powered government surveillance is an extraordinary invasion of the privacy of all citizens — and a slippery slope to losing control of our identities altogether.”

And of all people he should know.  “As the black chief executive of a software company developing facial recognition services, I have a personal connection to the technology, both culturally and socially”.

The areas of concern lie primarily around the fact that facial recognition software is not foolproof, especially when it comes to identifying people of colour, which may lead to incorrect identification.

Convenience is more important than privacy – at least for the moment

The ease and convenience afforded to us by advancing technology has resulted in many of us becoming blasé about the ever-encroaching tentacles of digital enhancements in our lives.

Most of us long ago accepted the trade-off for the convenience of apps like Google Maps, and their reliable directions, was the ability for data on our movements to be used for targeted advertising sent to our mobile devices.

The growth in use of facial recognition software must surely be of grave concern to any fair-minded citizen who believes that an entitlement to a reasonable degree of privacy in one’s personal life is a fundamental human right.

There may be a convenience associated with facial recognition software to unlock smartphones and similar devices, but advances in the efficacy of these software platforms, such as Amazon’s Rekognition are already being used by media organisations to help spot and track celebrities in public places.

Sure, a public figure might anticipate being photographed or watched whilst in public places, but what about those of us who prefer to have at least some degree of anonymity in our day to day activities?

Suppliers like Amazon, IBM and Microsoft, appear to endorse the use of facial recognition software as it becomes more and more reliable by marketing is as providing the consumer with greater convenience and having other benefits such as replacing paper tickets at sporting events or even helping to find a child lost in a shopping centre.  However, we must remember that with these surveillance by-products there comes an enormous cost to our privacy.

Imagine, for example, that you are walking through a shopping centre or down a busy street and a CCTV camera installed on an eyeSign or light pole captures your movements whilst sending signals to a computer which recognises your facial features within nanoseconds.

The eyeSign on the next bus shelter changes its message to greet you by name with a message from a website you may have visited only the previous day, whilst instantaneously serving up messages to the iPhone and iPad you are carrying in your backpack. The message served up both on the eyeSign and on your mobile device is an advertisement for a pharmaceutical product you had been looking at on a chemist’s website only days prior. Everyone around you is able to identify not just that the sign knows your name but knows what you’ve been doing in the confines of your home office. Is it just me that would find that invasive approach to surveillance a fundamental breach of my right to privacy?

However, as it currently stands, ‘personal information’ does not include our IP address or identifiers attributed to our personal mobile devices.

Consequently, there is seemingly no restriction on facial recognition software being used in conjunction with locational services to not only identify us in public places but to store and record that information in a database which we have no control over; and probably won’t even know exists.

Advances in technology and software programs are undoubtedly contributing to our overall quality of life in the 21st century, but unless legislative and regularly protections keep pace with advances in digital and information technology, we may find ourselves unwittingly walking to the beat of Big Brother’s drum.