Sporting Accidents – playing within the rules 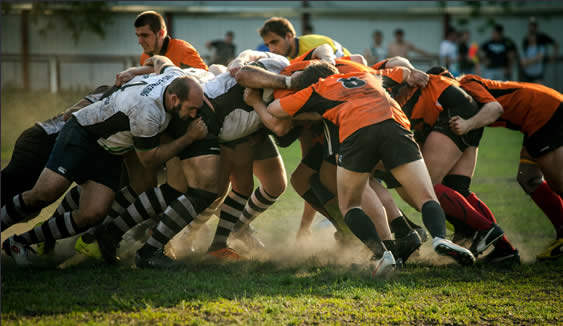 Sport is part of the Australian way of life.  We play it, watch it and bet on it. For those who get physical and play in it, the health benefits generally outweigh the risks of participating.

However, if someone is hurt in the pursuit of their chosen sport, the question of liability often arises, and it should not be assumed the organiser or sporting club is automatically liable.

Under Queensland Law, the Civil Liability Act expressly provides that there is no liability for personal injuries suffered from obvious risks of dangerous recreational activities. The provision provides a defence to any sporting club or organiser of a leisure activity, but the risk must be obvious to the person partaking in the activity.

Playing within the rules

If the injury occurred within the normal rules of the game, there won’t be any avenue for the injured person to seek compensation unless the cause was from some unknown risk, such as the physical state of the sporting ground or something happening outside of the rules.

Where an injury is suffered through a recreational activity that has been conducted on a commercial basis, at least in Queensland, the defence is rarely available as a commercial operator owes a duty of care both at common law and pursuant to the terms of a contract. Sometimes, even having a participant sign a waiver before allowing them to engage in the activity is not effective to avoid liability.

Compliance with the guidelines, while not mandatory, may be used as evidence to demonstrate “that an operator has fulfilled their duty of care to activity participants”.

If an injury has occurred in the pursuit of a sport or outdoor activity the onus will be on the participant to prove the operator failed in their duty of care.

However, other situations may arise that allow for an injured party to lodge a claim if the injury was caused by another competitor.

In Goode v Angland [2016] NSWSC 1014, a professional jockey sustained serious injuries when his horse fell in a race at Queanbeyan Racecourse. He claimed that his injuries were caused by the negligence of another rider, also a professionally jockey, who he claimed rode in such a way that it interfered with his horse, causing him to fall.

While in this Goode case, the judge ultimately found in favour of the respondent, it is clear that when participating in any kind of sport, whether for enjoyment or as a professional, your actions can be called to account and there will often be photographic or video evidence that may or may not support your position.

Thankfully during the course of most sporting activities, incidents rarely involve intentional harm.  However, where an assault is proven “beyond reasonable doubt”, there have been instances where criminal law has been applied in cases arising out of Australian Sport.

Two such cases were tabled in a working report, “Civil and Criminal Liability of Players, Working Paper No. 39,  written by Anthony Podosky, on Australian Sports Management for the Queensland University of Technology.

Both cases centred around the infliction of grievous bodily harm on a fellow player.

In 1978, R v Billinghurst11 a Rugby player who punched his opponent causing a fractured jaw was convicted of inflicting grievous bodily harm.

In 1986, R v Johnson12 a Rugby player was convicted of inflicting grievous bodily harm with intent in respect of an ear bite after a tackle.

The report concludes by stating that “Sports law is simply an application of general legal principles to the sports arena. The players in a team sport will almost certainly be held liable in respect of any deliberately inflicted injury where the contact is made outside the safety rules of the game. The player will only be found not to be liable if the contact is found to be an inherent risk of that game”.

What to do if you are injured?

If you are injured during a sporting game or recreational pursuit, it’s important to document everything, including the names of those involved, as soon as practicable. Note down things like whether you were required to sign a waiver, what checks of equipment were conducted and what the conditions on the day were like (both the weather and on the ground surface).

There is a three-year limitation period in which you can lodge a claim, but  it’s usually better to act early when information and facts can be confirmed and before the passage of time diminishes memories that may be necessary to support a  successful outcome.