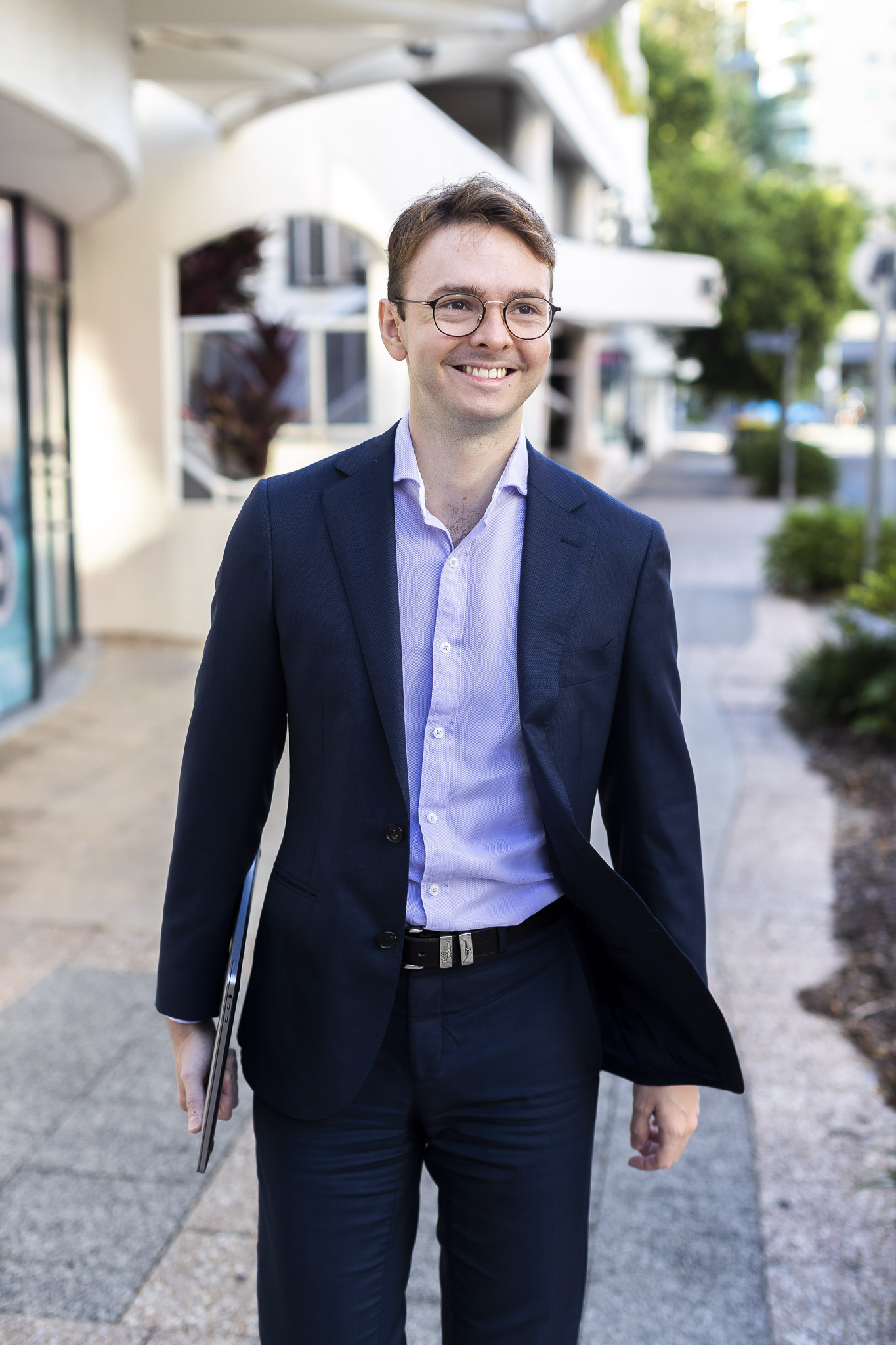 It’s no dispute we are all very busy at work these days. With the latest ABS statistics showing Australian unemployment is at a 48-year low of 3.5%, with still an abundance of job vacancies being advertised, this is not surprising.

It is a curious phenomenon that as our population continues to grow, and with the rise of artificial intelligence supposedly being a threat to our job security, that we can’t find enough people to just do the work.

When speaking to colleagues and business managers in various industries, it is a common theme that there is a universal lack of quality applicants for all ranges of positions.

Growth is key to the survival of any business or economy. Growth requires the staff to meet demand. And when demand for staff outstrips supply, this invariably leads to existing employees being imposed the burden of the additional work in the short-term.

Burnout is an unfortunate but not surprising consequence of overwork. There are only so many hours in the day. Each employee has their own subjective or objective limit of what they have capacity to accomplish.

It’s a no-brainer that if an employee is consistently working beyond their capacity, they will burnout, eventually. This shouldn’t be surprising to anyone living in 2022.

The consequences of burnout are real, and in my view, are probably the reason why quality applicants for all these vacant positions cannot be sourced. Modern Australian work culture is not something to be envied. It seems to me that these days you’re either exhausted most of the time, or you’re unemployed.

In my five years of practice,  I have already seen first-hand many talented practitioners who have chosen to leave the law profession altogether in search of a greater work life balance. I have friends in finance, engineering, accounting and consulting who tell a similar tale.

I find it disheartening to see enthusiastic and genuine people throw away the chance to do good work in a noble profession simply because they are suffering the symptoms of chronic and often under-diagnosed burnout.

Because, let’s be real – is there any other good reason why so many people are choosing to leave their careers so early on?

I consider myself lucky to work at Travis Schultz & Partners. Our unique high expertise at a lower cost model has seen demand for our services steadily increase since we first opened in 2018. Having recognised the real risk of staff burnout, management have taken active steps to anticipate future demand and fill vacancies before they arise.

However, looking more broadly, what we could be seeing among less-adaptive or forward-thinking workplaces is the emergence of a new work culture. One where employees are consistently overworked and burned out, and then taking extended time off in a repeat cycle.

This phenomenon then becomes self-perpetuating with those staff vacancies placing even greater pressure on existing employees, who in turn work harder and resign earlier.

The claimant, Ms Carr, started working for Road Freight Services when she was 23. Over the next 18 years she worked her way up to the highly significant position of Office Manager, where she had extensive responsibilities within the company.

Regrettably, with the increased and unsustainable growth of her company, Ms Carr started to feel the pinch. In November 2018 she requested a meeting with management to discuss poor work systems causing a burdensome amount of work upon her, with a flow-on negative affect on her home life and mental health.

In April 2019 an independent review commissioned by the employer confirmed that Ms Carr’s department was understaffed, and that Ms Carr was ‘stretched’, with the recommendation to urgently hire more staff.

Unfortunately, the employer was too slow to act. With nothing done by July 2019, we then see Ms Carr presenting to her GP, mentally broken. She later goes off work indefinitely and makes an application for workers’ compensation.

On reflection, I think it would be fair to say that Ms Carr probably enjoyed her role with Road Freight Services if she had stuck with them for 18 years. In turn she was probably a valued asset to the company.

However, within a mere seven months of neglect and overwork, she has decompensated, and her contributions to not only this employer, but the broader work force is lost.

I find it a shame. More could have been done to prevent it getting to that point. And Ms Carr is not alone.

Speaking objectively, not all employees are overworked, and not all overworked employees go on to develop psychiatric injuries. But what are the options for the unfortunate few that do? A good saying I heard once is that, “although a problem may not be your fault, it is still your responsibility”.

Fortunately for Ms Carr and others in her position, the Commission has stated that:

the imposition of an unattainable level of workload and work intensity on a worker, in the absence of adequate support and resources to the job, [is] unreasonable management action.2

That at least gets an injured worker over the line for an accepted workers’ compensation claim. But what about a worker’s right to claim damages against their employer for being overworked?

Overwork, by itself, has traditionally not been enough to entitle employees to claim damages against their employer. This results from the landmark 2005 case of Koehler v Cerebos.3

In Koehler, an employee merchandiser had agreed to do five days’ equivalent of merchandising work in three (which was later established, to be physically impossible). She suffered a psychiatric injury from overwork and sued her employer for damages.

In deciding the case, the court in Koehler found that irrespective that her workload was excessive, she had signed up for it under a private contract of employment, and the employer was not found liable in damages for simply demanding too much of her. Her claim was dismissed.

This case became precedent, and since 2005 Koehler has been the official Australian response to overwork. However, with recent developments, things may now be starting to change.

As any payroll manager would know, employees must be paid on time. Mr Ackers coped with the sudden increase in his work demands by consistently working late, working weekends, and pulling all-nighters.

With the added pressure he began to suffer psychologically and made mistakes. His employer’s response was to punish him for the mistakes rather than cure the under-staffing issue.

On the issue of overwork, the Supreme Court of Queensland stated that:

The long hours worked by Mr Ackers, while extremely demanding, were not such as to alone make psychiatric injury to a person of ordinary fortitude reasonably foreseeable [and thereby, the employer liable for damages].

The court then went on to say:

A greater degree of care may be required where the employer imposes a workload upon an employee which, by its nature, will be abnormally stressful or where an employee is exhibiting signs of psychological distress.6

In the context of two-decades of Koehler, this simple recognition by the Supreme Court that a job may now be considered so inherently stressful to enliven a duty of care to protect the employee against the risk of psychiatric injury from this overwork, is a big development. Mr Ackers won his case.

The issue of overwork was then, only a few months later, discussed by the High Court in the 2022 decision of Kozarov v Victoria.7

Ms Kozarov was a lawyer working in the specialist sexual offences unit of the Victorian Office of Public Prosecutions. She suffered a psychiatric injury from overwork and over-exposure to vicarious trauma in her line of work.

It was the evidence that following staff resignations in the department, existing employees were given the burden of increased casework in order to keep prosecutions running smoothly while vacancies were filled.

It ended up getting so bad that one day, a number of employees gathered in a secret after-hours meeting where they created a joint complaint addressed to management about being overworked and them suffering symptoms of stress.

In response to the additional pressure placed upon her, Ms Kozarov coped by working nights, weekends and public holidays. This became her undoing as the vicarious trauma of her work became overbearing, and she decompensated.

Ms Kozarov won her case. She was able to prove that her employer failed to take sufficient steps to protect her from the trauma of her overwork. The case turned on the employer’s failure to check-in with Ms Kozarov just before she reached breaking point.

In what will likely to be a seminal turn of precedent, the High Court, in deciding her case, stated that:

And with Kozarov, for the first time, a plaintiff was successful in a psychiatric injury from overwork case without first having to prove prior symptoms or records of complaints. This is ground-breaking stuff.

Employers should be mindful of cases such as Carr, Ackers and Kozarov which demonstrate the risks they may now begin to take when choosing to overwork employees.

I am no organisational consultant or psychologist, but from a lay view, it may be necessary from both a human resources and workers’ compensation view for employers to start taking the tough choice of scaling back operations in the face of staff shortages, in order to achieve long-term organisational health.

Employers that fail to adapt with the times may now soon become subject of the ire of overworked employees who are increasingly fighting back against the modern Australian work culture.

The Koehler, “You signed up for it” defence is fast eroding, and employers best be aware. 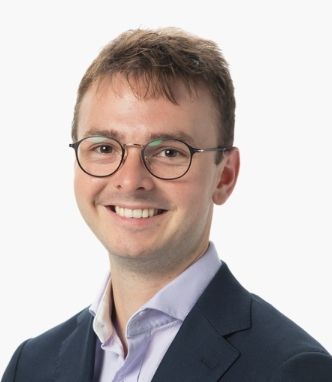